Lots of laughs with founder of Mel O’Drama and creator of ?Actin? Up with Mel and Gigi Giraffe? 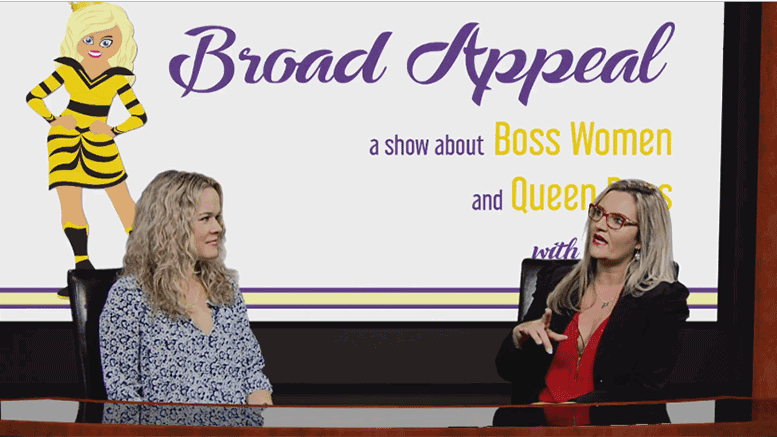 Broad Appeal features Mel Gillespie, founder of Mel O’Drama and creator of ?Actin? Up with Mel and Gigi Giraffe?

A fellow MATV producer is the guest on ?Broad Appeal? for August, as Mel Gillespie, creator of ?Actin? Up with Mel and Gigi Giraffe? joins Melissa Fassel Dunn to talk about her career in entertainment as well as her business, the thespian training and child development company known as the Mel O? Drama School of Acting.

This episode is sure to be entertaining, educational and lots of laughs, and it?s currently airing Tuesdays at 8 p.m. and Thursdays at 9 a.m. on the Public channel.

?Broad Appeal? is currently airing on the Public channel (Comcast 9/RCN 13) every Tuesday evening at 8 p.m. and Thursday morning at 9 a.m., with new episodes each month. Visit Milton Access TV for more info.

Melanie Grace Gillespie hails from Ireland, and is the daughter of late beloved entertainer Brendan Grace. Having grown up enmeshed in in theatre performance, Mel has acted from a very young age on many stages, and did a television stint on a soap opera filmed in Galway.

Mel took her combined stage, television and teaching Gaelic in the Dublin school system, and when she moved to the states, would eventually form the School of Mel O’ Drama in Milton Massachusetts in 2011. She now teaches children, teens, adolescents and adults throughout the year.

A combination of improvisation techniques, voice work, script writing and movement is what you can expect in a session of Mel O’ Drama. Empowering children and arming them with the tools they need to face troubling issues is something Melanie sees as vital and very rewarding. Working on confidence, awareness and helping people to let go and HAVE FUN is another area wherein Melanie prides herself. Melanie also plays piano, guitar and is known to burst into German conversation upon hearing a broken English accent!

Sue from The Ashmont Grill treats us to The Bees Knees!

Learn how to make one!